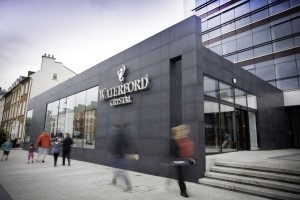 The Waterford and Kilkenny Tour

The Waterford and Kilkenny Tour is the perfect way to get a great insight into two cities with your Driver/guide from Chauffeur Ireland, visit:

Waterford city – “Winters fjord” founded by Vikings in in 853 at the strategic position of the junction of the three sisters – the Rivers Suir, Barrow and Nore. It was here that Strongbow, Lord of Richard de Claire, the leader of the Norman invasion of Ireland in 1169 married his Irish wife, Aoife, the day after his forces had captured the city of Waterford.  Reginald’s tower (1003 AD) the oldest mortared building in Ireland and Waterford crystal Ireland’s oldest glassware manufacturer.

Kilkenny city – The Medieval city of Ireland is a maze of narrow alleyways, twisting around abbeys and cathedrals, restored houses and city walls. Kilkenny castle, the most famous Norman castle in Ireland and the Smithwick’s brewery (Ireland’s oldest surviving brewery since 1705). Walk along the Butter-slip and drop into Kytlers Inn a bar since 14th Century, home to Alice Kytler who in 1324 was the 1st witch to be tried in Ireland. 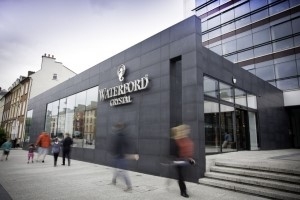