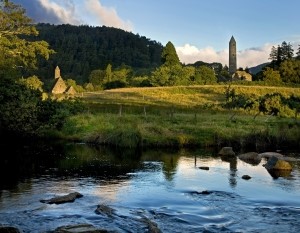 Ireland’s Ancient East Tour – Created by Tourism Ireland the Ancient East route offers visitors a personal experience of 5000 years of history from Carlingford lough to Cork.
Visit Newgrange and the Boyne Valley in the north east and range through the midlands all the way down via Kilkenny’s Medieval mile to Waterford’s Viking Quarter and continues to Cork, where the Ancient East Tour joins the Wild Atlantic Way.

We cover the 4 themes which may be enjoyed individually or consecutively over 4 days based out of Dublin.

There are many treasures in the south and east that are older than the pyramids, set in an ancient green landscape – passage tombs, dolmens and Stone Age observatories that are found throughout Ireland’s Ancient East.

Step into the Golden Age of Saints and Scholars and visit the university and monastery sites where Ireland’s pioneering saints and monks wrote some of the world’s greatest illuminated manuscripts.

Uncover a rich tapestry of tales from this turbulent time. From the Viking Triangle of Ireland’s oldest city, Waterford, to the fortresses and castles built to protect the land and its occupants in the beautifully preserved Medieval City of Kilkenny.

Visitors will have a unique opportunity to experience what life was like in the 18th and 19th centuries, lavish gardens, opulent houses and market towns. The romantic ideals of these times inspired others to failed Rebellions, or to seek better fortune and escape from famine through emigration. 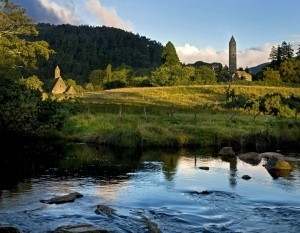