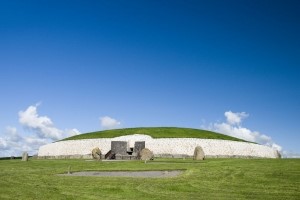 Tour of Boyne Valley and Newgrange

Take a Day Tour of Boyne Valley and Newgrange attraction with a Private Chauffeur Guide from Chauffeur Ireland.

The perfect way to get a great insight into the cradle of Ireland, 5,000 years of Irish history and some of Ireland’s most spectacular scenery with a local Driver/guide from Chauffeur Ireland who will take you to visit:

Your first stop is at Newgrange, the giant Neolithic passage grave complex, 600 years older than the pyramids of Giza. A UNESCO world heritage site and the number one destination here in the Boyne valley and a must see.

Then Monasterboice an early 6th Century Gaelic monastic settlement with Ireland’s tallest Celtic cross and a round tower and Mellifont abbey, the ruins of the first and most important Cistercian monastery began in the 13th Century.

Drogheda town and Saint Peter’s church with the embalmed head of Saint Oliver Plunkett and the Battle of the Boyne, site of the 1690 battle between the last English Catholic King James I and Protestant King William of Orange.

Then to Tara and touch the Lia Fail (King stone) from its highest point you can see the entire Boyne Valley and on a clear day 12 counties of Ireland.  Then Trim castle the biggest Norman stronghold in Ireland and the Hill of Slane, the place where St Patrick lit his famous Paschal Fire. 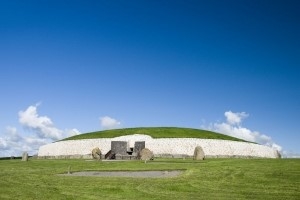